Arano: Tucked Away Spanish in Cebu

I was getting bored of the food in Cebu, so I asked for something different. I was looking for a place that was not fancy and non-Filipino. After some researching, we decided to head off to Guadalupe in Cebu City, near the capitol building for a hole-in-the-wall Spanish restaurant called Arano. 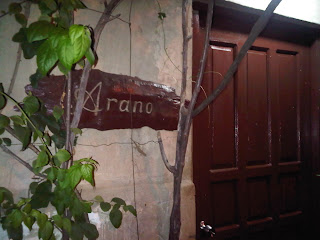 We passed through winding narrow streets. I was told to park already but didn't see a restaurant. It turned out that Arano is a house in a residential village. The signboard was small and concealed, that if you miss it, you couldn't tell that it was restaurant. It was owned by a Spanish national who of course, settled in Cebu and raised a family here. 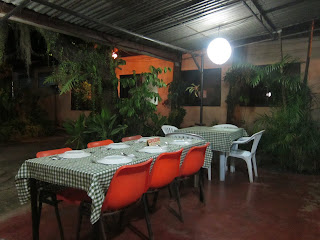 I wasn't able to take a picture of the first thing that greeted me when I opened that conspicuous door, but it was a small room with around 5 tables. It reminded me of Da Mario in Venice. The place was intimate and very European looking. We were a group of 7 people so we were brought outside to the garden area. 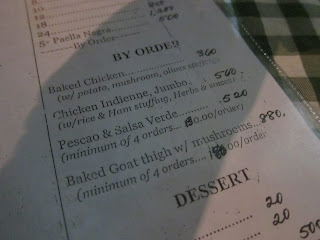 The food was Spanish, with some Filipino touches of course. I was expecting the prices to be affordable but I didn't expect the menu to be this interesting. Their specialties included the baked chicken and baked goat thigh with mushrooms. We weren't able to order both though, since they were out-of-stock already. I was quite disappointed so we stuck to the more traditional Spanish dishes. 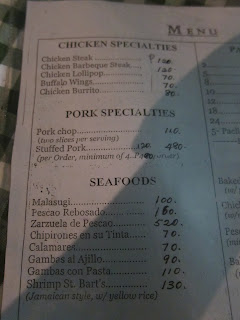 There were also the regular Filipino fare like pork chops and chicken steaks. I was told that these were excellent was well, but since we wanted Spanish, we ordered the lengua, callos, gambas and of course, paella. 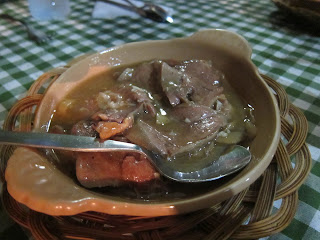 The lengua was very good. The meat melt in my mouth. The sauce was not too salty, yet full of flavor, probably because it was thick. 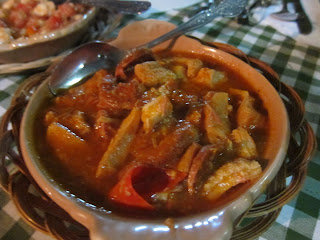 The callos was quite ordinary, but at least still delicious. The tomato sauce was off the can though, but they managed to make it taste better. 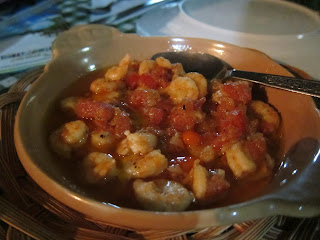 Their gambas was also good, though I thought the shrimps were not fresh already. But the garlic and oil mixture was excellent. I could just sip that oil off the pan! 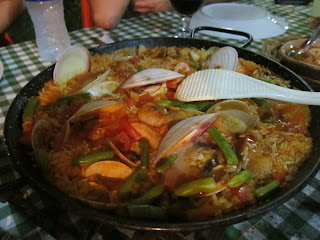 Finally, the paella valenciana. It was the last dish that was served, and I personally was already full when it arrived. I thought the seafood dish was a little dry and did not use high quality rice. I wouldn't say it was bad, but just acceptable.

We ordered some other smaller dishes, like the calamares and the rebusado. Both were enjoyed well. We also had cheap wine to go with our food. So, over-all, Arano's provided us with an affordable escape from the usual Cebu fare. Although one should not expect top notch Spanish cuisine, it is quite an experience to dine in some hidden secret spot in the heart of Cebu City. 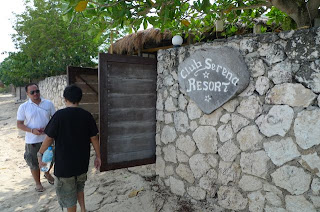 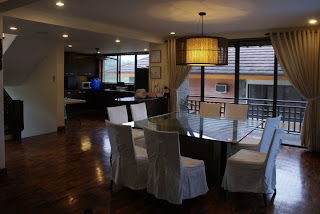