The Unforgettable Trip to Jolo, Sulu

When I heard that I was going to Sulu for a shoot, I almost fell off my chair in excitement. Despite all the warnings and numerous prevention measures by my friends, I was able to hop on a plane to Zamboanga City, for my Sea Air flight enroute to Jolo, the capital of Sulu. 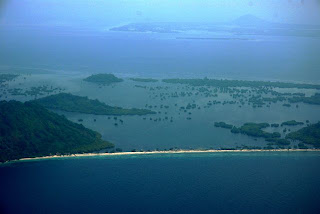 I expected Sulu to be beautiful, after hearing all the nice places there from people who have been there. We were descending already when I saw these island patches and long sandbars, with houses on stilts. I have never seen anything like that. Well, if there were inhabitants there, then there must be a way of going there. 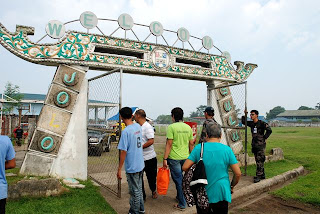 We landed at the airport, which was bombed a week before we arrived. The runway was being constructed, so we had to board a jeep to take us to the terminal. I must say, the military presence and feel of the place scared me a bit. And after hearing the news about the recent bombing, I really felt uneasy. But, excitement still won me over, and I hastily jumped into our jeepney service that was followed by a military police escort. 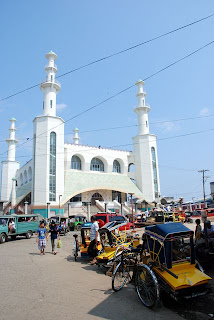 We arrived at our "hotel", the only safe place to stay at in Jolo, the Peacekeepers Inn, located inside the police compound. Well, I can't say much about the inn, only that it felt like a prison ward. Gates were high and barb wires surrounded the perimeter. I was told that this was where the media people stay, so they assured me we were going to be safe here. But then again, the police told me to tell him if I would go out of the inn, even just to cross the street to buy from the sari-sari store in front. 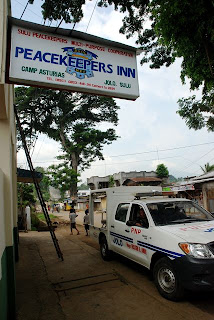 The weird and uneasy feeling didn't go away though. When we surveyed the town, I felt more scared. Jolo was unlike what I pictured it to be. It was dirty, arid, humid, dusty, noisy. It was so underdeveloped and mismanaged, that I felt I was in Africa. There was a huge mosque at the center of town which was quite a prominent building with its massive white walls. 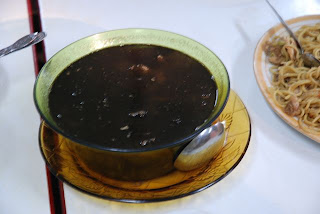 After checking in, we went to do some work (shoot an interview that we conducted). Afterwards, we had lunch at a rundown restaurant. From 3 police escorts, we suddenly had 12, and I was told to ride the police car. I felt something was wrong, but they weren't talking. It was Ramadan, so the police, who were all Muslims, remained in their vehicles when we had lunch. I was happy to be served some dishes that I never had in my life, like the Black Soup as the locals call it. The Black Soup is actually like tinola (ginger chicken soup), only spicy and mixed with burnt coconut to give it a distinct flavor. I liked it though, along with a special kind of beef curry that was also served. 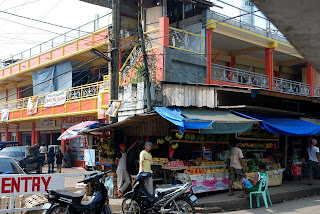 Anyway, after lunch, we were treated to a tour of Jolo. I saw more of the poverty that probably is the primary cause of the unrest here. The police told me that the people were so poor that they'd rather join the rebels (Abu Sayyaf) because they could make money from kidnapping, etc. It's a vicious cycle, and I think the situation will last longer unless the government really DOES something. I felt nothing was really being done. 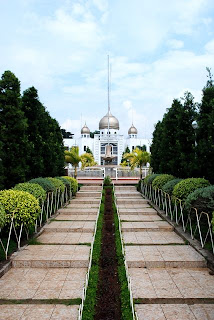 We went to the capitol grounds, where the Sulu provincial capitol building was located. The building was grand, and looked like the Taj Mahal in a way. It was a nice area, and empty. Guards were at the gate, and regulated the entrance of people. There was a swimming pool and a lot of gardens. I just wished that this was Jolo all throughout. But it was just the capitol grounds. 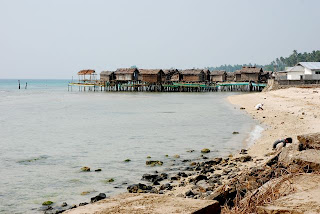 I was encouraging everyone, even the police to take me to Quezon Beach, but they told me it was unsafe there. I was still persistent, so they took me to a beach nearby. As I approached the coastline, and finally breathed some fresher air, I was hoping we could stay for a while on the beach. However, the police car in front of the us took a sudden u-turn and our jeep followed. I was shouting to the driver to go straight, but we hurried away. I was then told that some bandits were closing in on us at the end of the road. Well, too much for an afternoon on the beach, which was so inviting with its bright hues of blue and white sand. 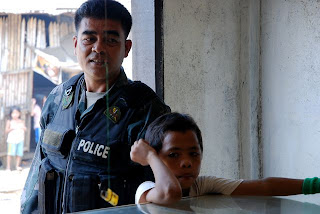 We went straight back to the inn for a break. We had some beer at the backyard, and even took a nap, before we were fetched at 6PM for dinner. All 12 of our police escorts, including the very friendly and accommodating police chief waited for 7PM, before having their fill. We had a seafood feast of crabs, grilled fish, fresh seaweed, squid and a whole lot more. There were several native delicacies served for dessert. Our hosts gave us some fruits to take home. We were supposed to go back to the capitol grounds to see the lights, but power was cut in the entire town, and it was again unsafe (the police spotted two motorcycles following us). So, we retired early to bed, well, just after having 2 rounds of beer. 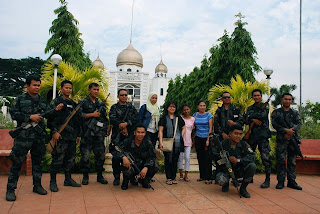 My trip to Jolo in Sulu was indeed an unforgettable experience. I had so many mixed emotions about the place. I was so frustrated that I wasn't able to see the real beauty of the Sulu. I had to blame the bandits who just made the place virtually cut off from the rest of the world. Though most of the people on the street looked like terrorists, I found some of the people, especially the police and our hosts, very friendly. They were happy to see us, and more excited that they had visitors.

In the end, I found out from the police chief that there was an attempt to kidnap us. We would be more in danger if we stayed another day. Good thing we only spent a night. The entire gang took us to the airport and even waited for us for 2 hours to board the plane. They told us they wanted to make sure we were safe INSIDE the plane. It was an uneasy feeling, but comforting as well, that, in this restive place, there are who still care for others.
on October 09, 2009

The Blog of RJ Samson 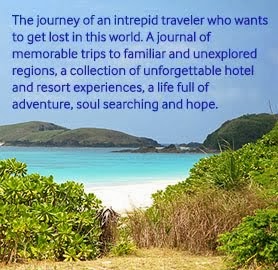 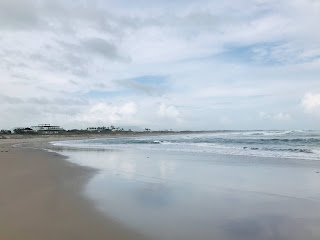